Fantastic news below just in from E.R. Murray who we are delighted to have here tomorrow morning from 10am giving a gothic writing workshop for 11 to 14 year olds. There's still time to book your place, but be quick!

Magical book found in Dublin – READ All About It!
Dublin City Council’s Library Service invites children to delve into the world of Ebony Smart, a 12 year old girl whose world has just changed forever - a new home in Dublin which is full of secrets, a magical book that unlocks the mystery to her past and a mysterious boy called Zach who befriends her – for the Citywide Reading Campaign for Children 2016.

The campaign is run by Dublin UNESCO City of Literature and Dublin City Council Public Libraries, in partnership with Mercier Press and runs from January to March 2016. 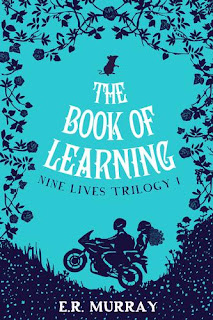 The Book of Learning by E.R. Murray is a story of mystery and adventure, which will appeal to both girls and boys of 9 years and older. There will be author visits to public libraries as well as city-centre based events to promote the campaign which encourages children to read for pleasure. The book features many well known Dublin landmarks such as Glasnevin Cemetery, The Botanic Gardens, The Natural History Museum, The National Library and St. Stephen's Green.
An t-Ardmhéara Críona Ní Dhálaigh said: “The Book of Learning is a book that will enchant and engage boys and girls from aged 9 upwards and I encourage children and their parents all across the city to read it and to visit their local Dublin City library to find out more about the fun events taking place. Is scéal draíochtach é a bheadh taitneamhach do éinne thar 9 mbliana d’aois”
“I’m delighted The Book of Learning has been chosen for this year’s Citywide Reading campaign, especially since Dublin is so central to the story.” says E.R. Murray. “I wanted to capture the city’s essence in an adventure story that was both magical and mysterious – so get ready for wildcats, enchanted books, underground lairs, and shark submarines! I can’t wait to meet lots of young readers at events in the New Year – after all, it’s the readers that bring stories to life and make writing so worthwhile.”
Details of the campaign will be available in early January at www.dublincityofliterature.ie The project is funded by Dublin City Council's Library Service and the Department of Arts, Heritage and the Gaeltacht.

Posted by Ardagh Heritage and Creativity Centre at 13:54 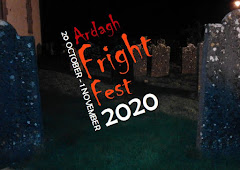